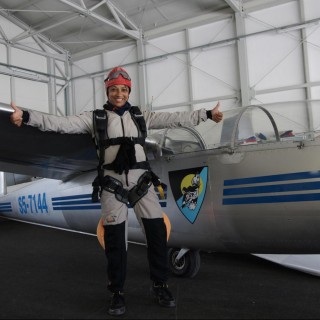 A visit to Jakarta, Indonesia is not complete without a visit to Jalan Surabaya, the street that has a small part of every part of Indonesia.

Jalan Surabaya is a 500-yard stretch of road that is lined with all sorts of antiques, both real and fake. The pieces are an eclectic and sometimes kirsch collection of Dutch, Javanese, Balinese, Muslim, Christian and Hindu artifacts, and include batiks, paintings, brass ware, vinyl LPs of yesteryear, salvaged accessories from ships, old coins, porcelain, puppets, lampshades, old phones and gramophones, wood carvings, jewellery, utensils, and books, among so much more.

END_OF_DOCUMENT_TOKEN_TO_BE_REPLACED

A Miracle in the Desert. Dubai, United Arab Emirates

Back in the 80s (during my visits), Dubai was just sand, dust storms and not much to talk about. Almost four decades later, this emirate of the United Arab Emirates has transformed into an ultramodern, expensive, super luxurious, clean and choreographed, much admired and visited city in the Middle East. From the 830m-tall Burj Khalifa to the artificial offshore water and animal park resort Atlantis The Palm, and of course amazing luxury shopping malls, high rises and architecture, this country holds so many surprises.

I am here to see Sir Elton John perform at the Autism Rocks Arena, a popular arena for many celebrity concerts, which filled with over 8,000 die-hard Elton John fans.

END_OF_DOCUMENT_TOKEN_TO_BE_REPLACED

“Iceland is not a destination, but an adventure”

Iceland has been on my bucket list for the longest time. Having heard (and seen photographs) of its rugged landscape and sharp contrasts, where fire and ice co-exist, where dark winter nights are equipoised by summer’s midnight sun, where nature’s extreme forces are considered to be a gift to humankind, where boiling mud pools, spurting geysers, gigantic glaciers and rainbow-ringed waterfalls are almost everywhere.

I am here! And I cannot wait for my adventure to begin…

I, along with five friends, collect our vehicle, a Hyundai Starex (6-seater) from the Keflavik International Airport and proceed to Reykjavik, the capital of Iceland.  The drive is approximately 40 minutes.

The air is crisp and the temperature is 2C. It is hard to tell if this is actually Spring because the weather is quite chilly.

END_OF_DOCUMENT_TOKEN_TO_BE_REPLACED

The boat ride along the gentle Danube takes just under one hour. Time to sip some wine and snack on cheese and biscuits while enjoying the view on either side of the river.

My hotel is the lovely Flemings located down Josefstädter Straße, walking distance from some of Vienna’s most beautiful sites. It’s time to take a walk!

Vienna’s City Hall, known as Rathaus  was constructed from 1872 to 1883 in a Neo-Gothic style according to plans designed by Friedrich von Schmidt. This impressive building also houses the office of the Mayor of Vienna as well as the chambers of the city council and Vienna Landtag diet.

The Austrian Parliament building is where the two Houses of the Parliament conduct their sittings. The building was designed by the Danish architect Theophil Hansen and is an example of Greek revival. The building was partly destroyed during the Second World War, and reconstruction work was completed in 1956. The entrance is directly behind the statue of Pallas Athene on Ringstrasse, under the ramp leading up to the main entrance.

I can’t resist Museums! The Leopold Museum, housed in the Museumsquartier is home to one of the largest collections of modern Austrian art and showcases more than 5,000 exhibits collected by Elisabeth and Rudolf Leopold over five decades. These were consolidated in 1994 with the assistance of the Republic of Austria and the National Bank of Austria into the Leopold Museum Private Foundation. The core of the collection consists of Austrian art of the first half of the 20th century.

The majestic and imperial Hofburg Palace was, until 1918, the centre of the Habsburg empire. Originally planned as a lavish “Imperial Forum”, the grounds were built up majestically by the Habsburg emperors – from the 13th century “Alte Burg” to the most recent addition from around 1900. Today, the Hofburg in Vienna is the official seat of the Austrian President.

The Michaelerplatz of Saint Michael Square is considered to be the most famous square in Vienna simply because of its proximity to the Hofburg Palace. This was once an open area with lots of Roman and medieval ruins and reputed to have been a brothel for soldiers.

My gosh…this church. The Stephansdom! One of the most stunning pieces of architecture I’ve seen. Large, imposing, mesmerizing, Gothic and utterly characteristic, and having survived many wars, the Stephansdom (St. Stephen’s Cathedral) is now a symbol of Vienna’s freedom.

The cathedral is an impressive Gothic edifice of dark stone with a colorful tiled roof and a north tower rising to 450 feet (135m) named Alter Steffl, “Old Steve.” Originally built between 1359 and 1433, it was reconstructed after severe war damage. A climb of 343 spiral steps provides sweeping view of the city from the top.

At the top of the tower is the Pummerin bell, one of the largest bells in the world, cast from a cannon captured from the Turks in 1683. It rings out over the city on New Year’s Eve.

The “O5” carved into the stone outside the cathedral’s massive front door has important historical significance. The 5 stands for the fifth letter of the alphabet, E. When added to the O it makes OE, the abbreviation for Österreich (Austria). It was a covert sign of resistance to the Nazi annexation of Austria.

The interior is packed with interesting things to see, including many important artworks. One of the greatest treasures is the Wiener Neustadt altarpiece (1447) in the left chapel of the choir. Richly gilded and painted, it depicts the Virgin Mary between St. Catherine and St. Barbara.

The pulpit’s railing is covered in interesting symbols: the lizards are animals of light, the toads are animals of darkness, and the “Dog of the Lord” at the top protects the sermon from their influence. Wheels with three parts (the Trinity) roll up, while wheels with four parts (the four seasons, representing mortal or worldly life) roll down.

Also of note is the unusual 17th-century tomb of Emperor Frederick III in the Apostles’ Choir, which depicts hideous creatures trying to wake up the emperor.

Some distance away from the city centre is the Kunst Haus, a museum and exhibition centre founded by Friedensreich Hundertwasser. This is considered to be one of the most important sites in the city and an integral part of Viennese culture.

Museum Hundertwasser, located in KUNST HAUS WIEN and frequented by visitors from all over the world, houses the most comprehensive permanent exhibition of works by the Austrian artist and visionary. It presents a unique cross-section of Hundertwasser’s oeuvre and offers an unforgettable experience of the Austrian artist and his vision. Most of the exhibitions are by artists who take up Hundertwasser’s ideas on ecology and sustainability and who reflect upon these from today’s perspective. It is the first “ecological museum” and a platform for globally discussed and most topical issues.

In the unusual, yet quirky garden, I have one of the most delicious vegetarian meals I’ve eaten (and I’m not even vegetarian!)

The Hundertwasshaus has always been on my bucket list and finally, I’ve made it! Rather inconspicuously located, it took me awhile to find it.

Also designed by Friedensreich Hundertwasser this colourfully complex bizarre design of patchwork shapes is now an apartment complex. His desire to bring architecture closer to nature is not only apparent in the use of curves but also in the landscaping of the terraces with trees and ivy.

I’m sure the occupants cannot be too pleased with the constant streams of visitors and photographs being taken here!

One of the main reasons for my detour on this trip is to visit the Mozarthaus Vienna, Mozart’s residence from 1784 to 1787. This building in Vienna’s Old Town, not far from St. Stephen’s Cathedral, is his only surviving Viennese residence and is now a museum.

This beautiful “Sala Terrena” is the oldest concert hall in Vienna and Mozart himself used to work and play for Bishop Colloredo in 1781. The house was designed and painted in the second half of the 18th century in late Renaissance Venetian style during the reign of the Land Commander Carl Borromäus Count Colloredo Waldsee.(1764 – 1786).

The grotesque scenes, the scenes of baroque sensuality, the floral paintings and the animal scenes give evidence of the purpose of this hall, as a place of pleasure for body and soul. The famous Viennese popular figure “der liebe Augustin” is also depicted here.

Today the Sala Terrena is used for musical performances; by the Teutonic Order, and for other purposes of representation. Just as the church is a fine example of gothic revival, so the Sala Terrena is a baroque jewel that was beautifully restored in the course of the renovation.

I have tickets to a Mozart Ensemble this evening and enjoy a beautiful repertoire of music by Haydn, Schubert and Mozart performed by four musicians all dressed up like it was 1781!

Vienna’s Donauturm beckons me! This tower is the tallest structure (252 meters) in Austria and the 75th tallest in the world. I have dinner up here and while the tower gently revolves, I can see the stunning city that I’ve enjoyed touring down below.